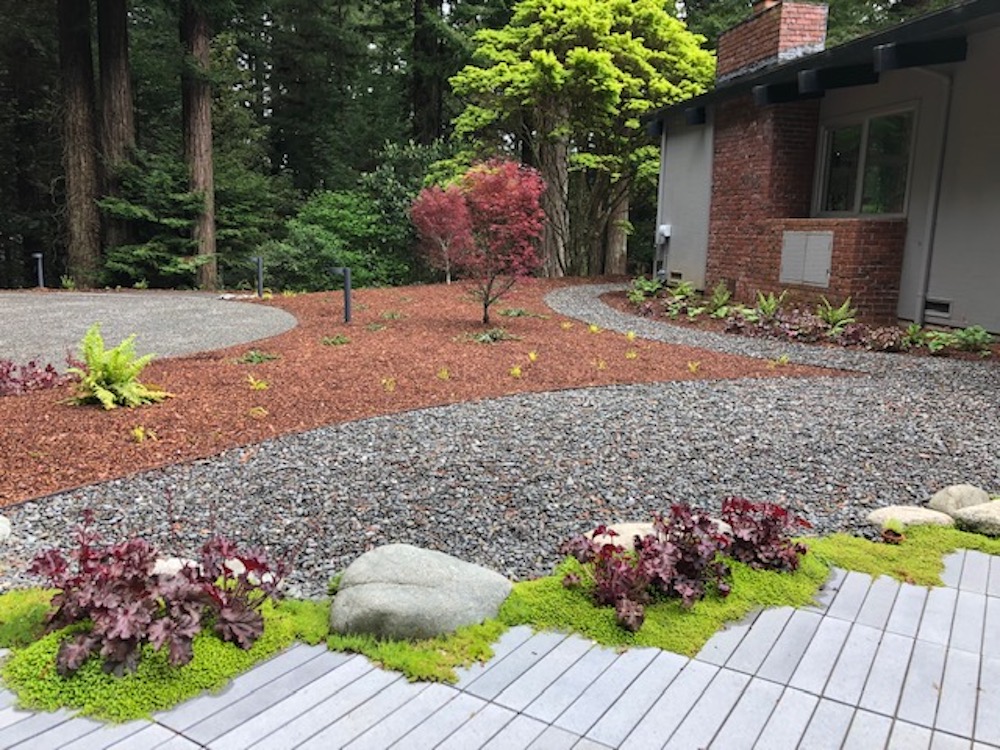 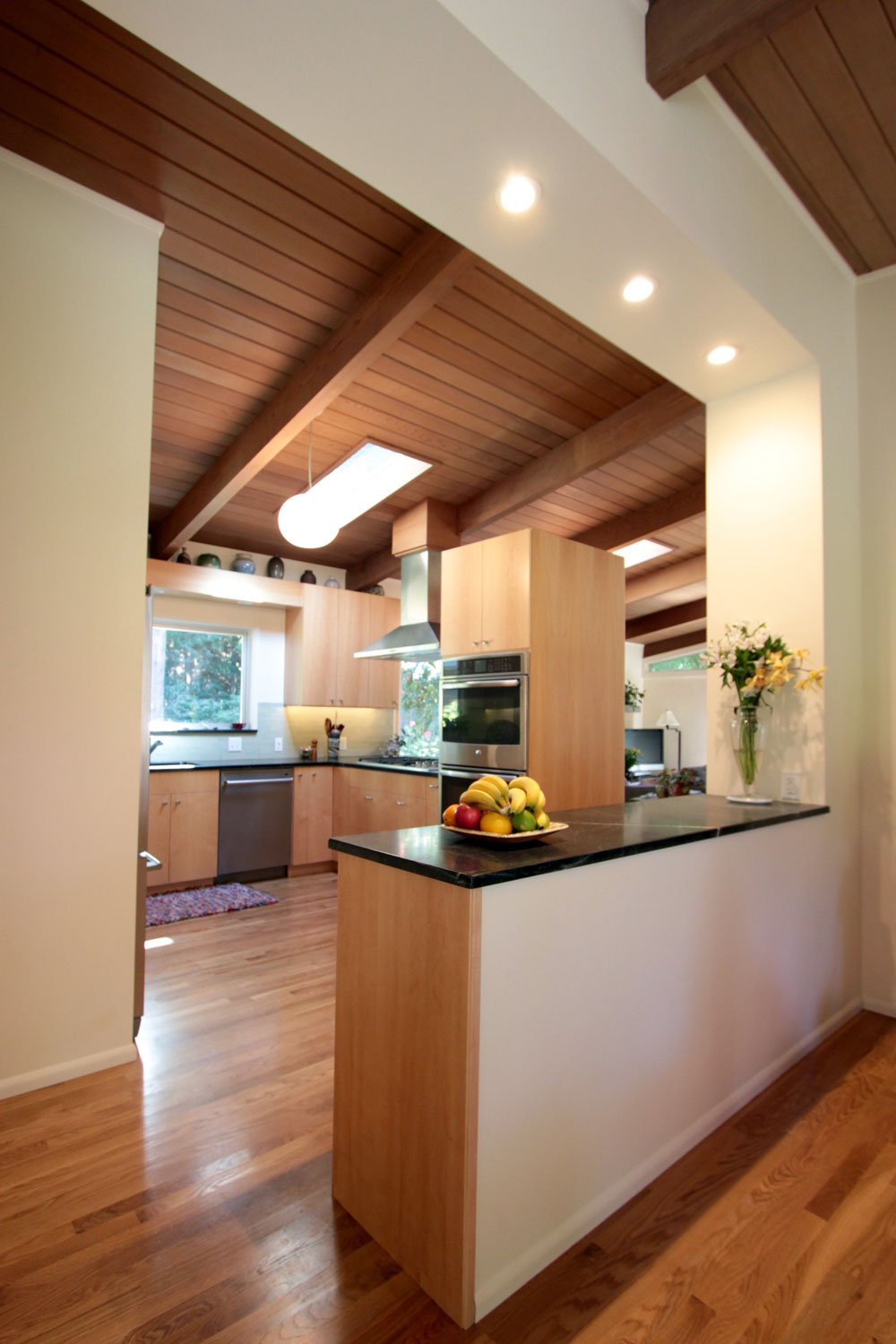 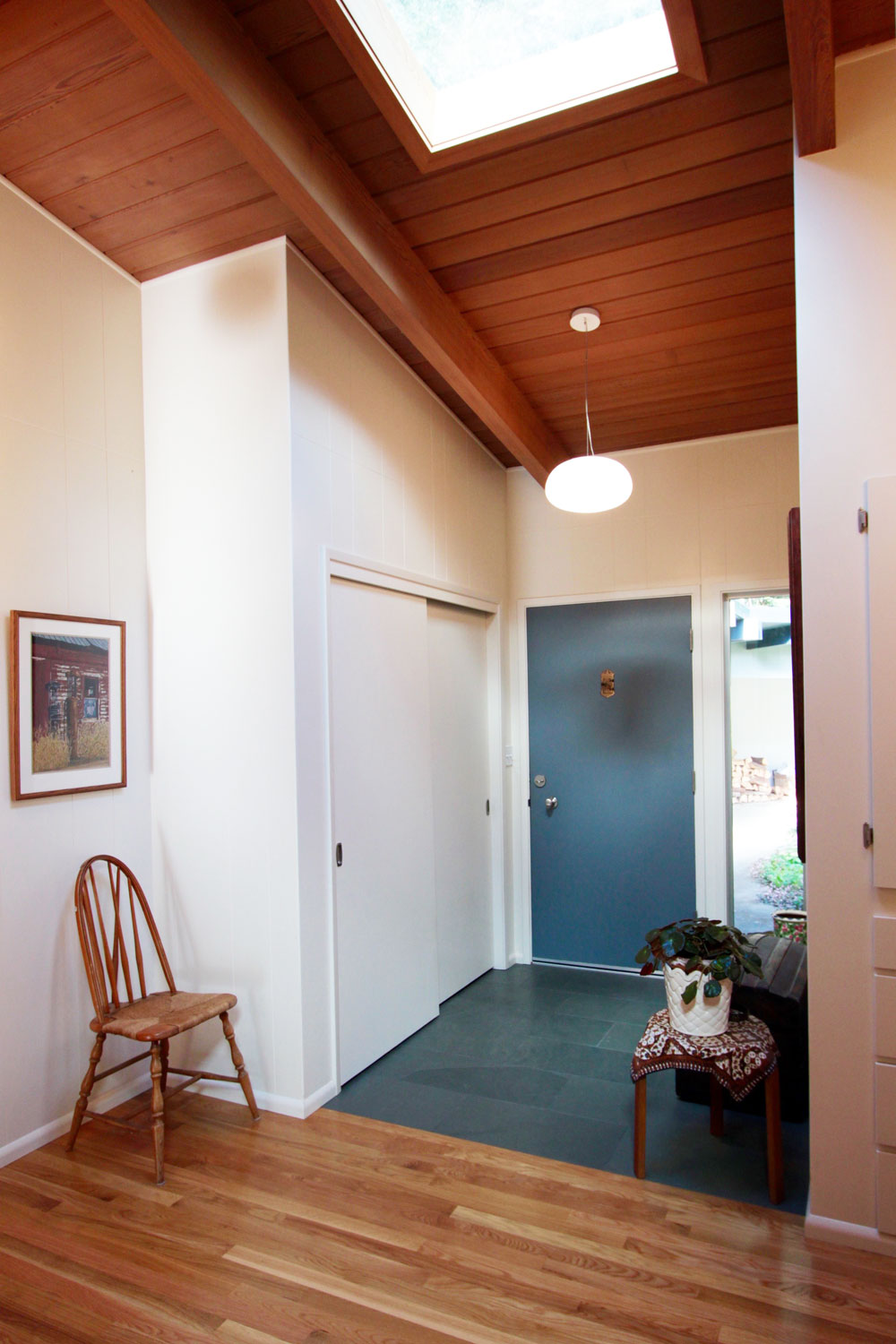 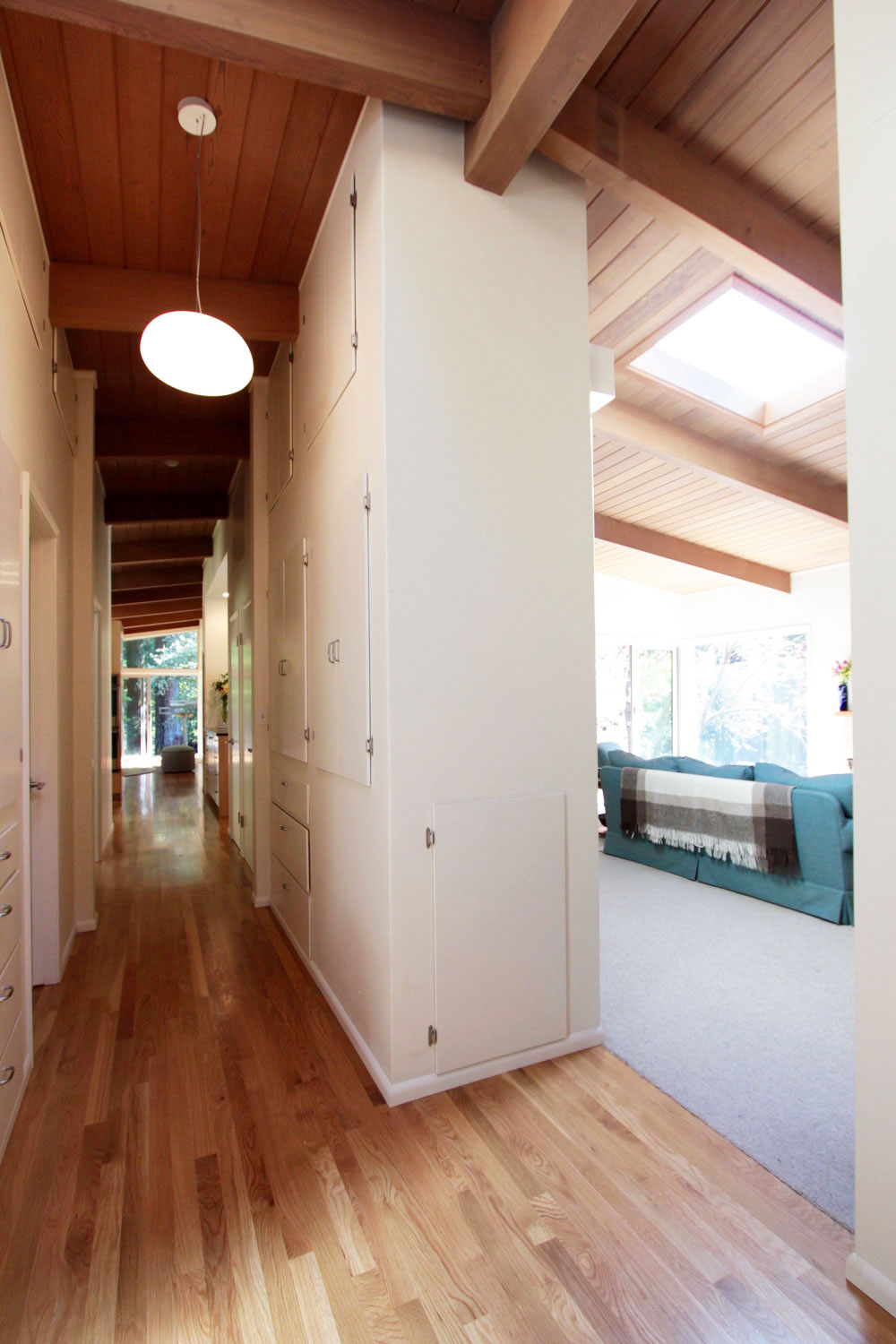 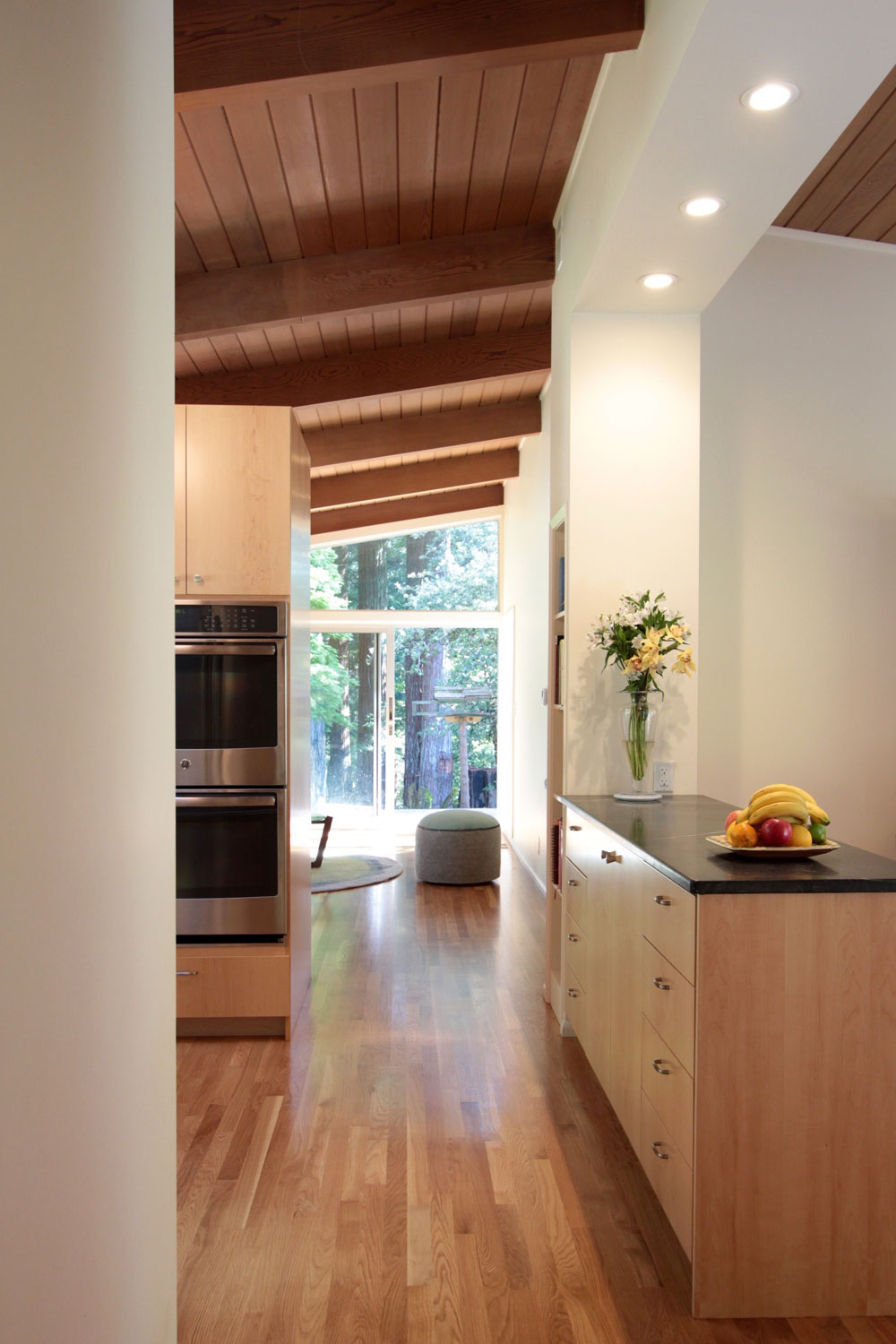 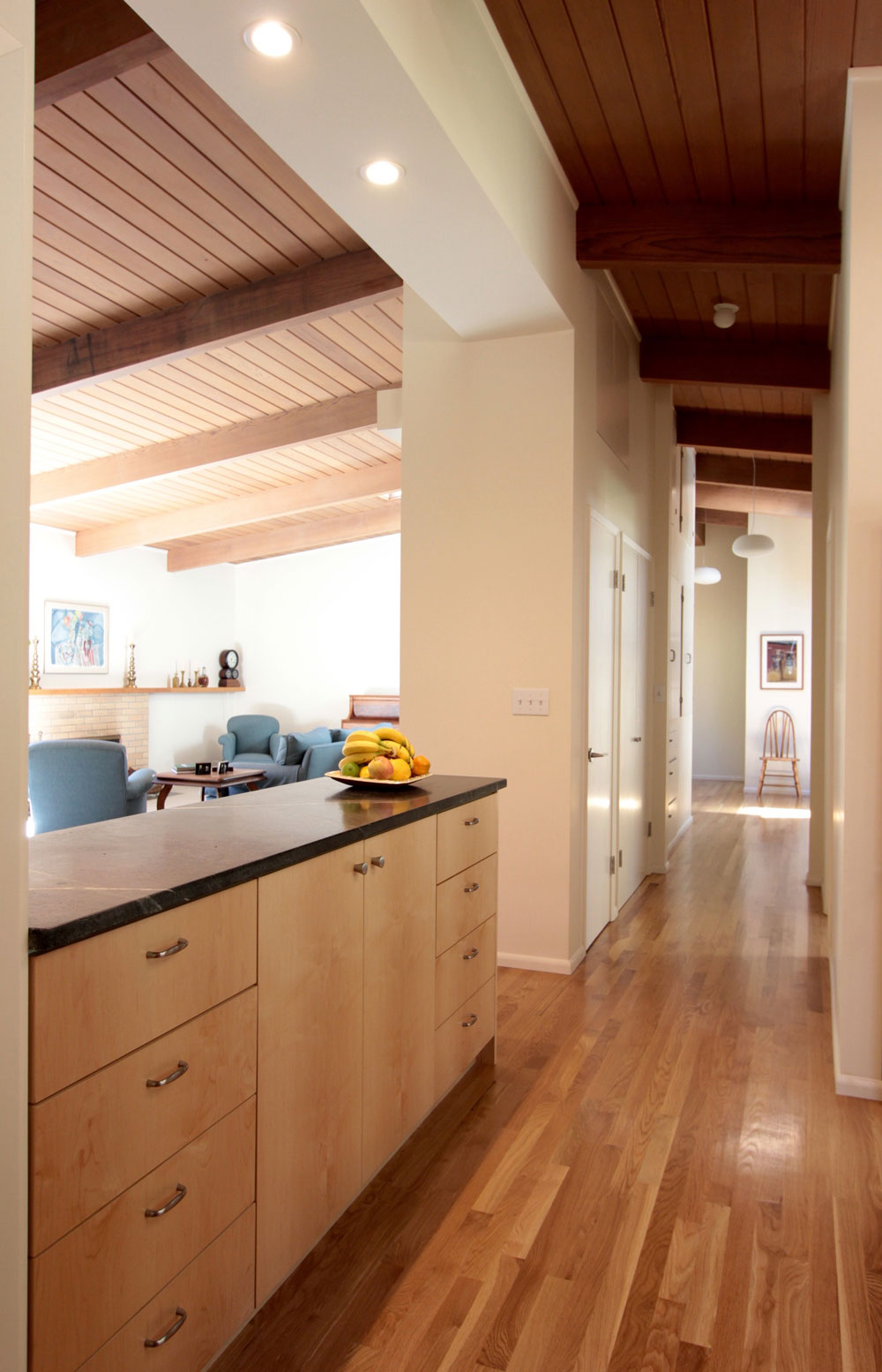 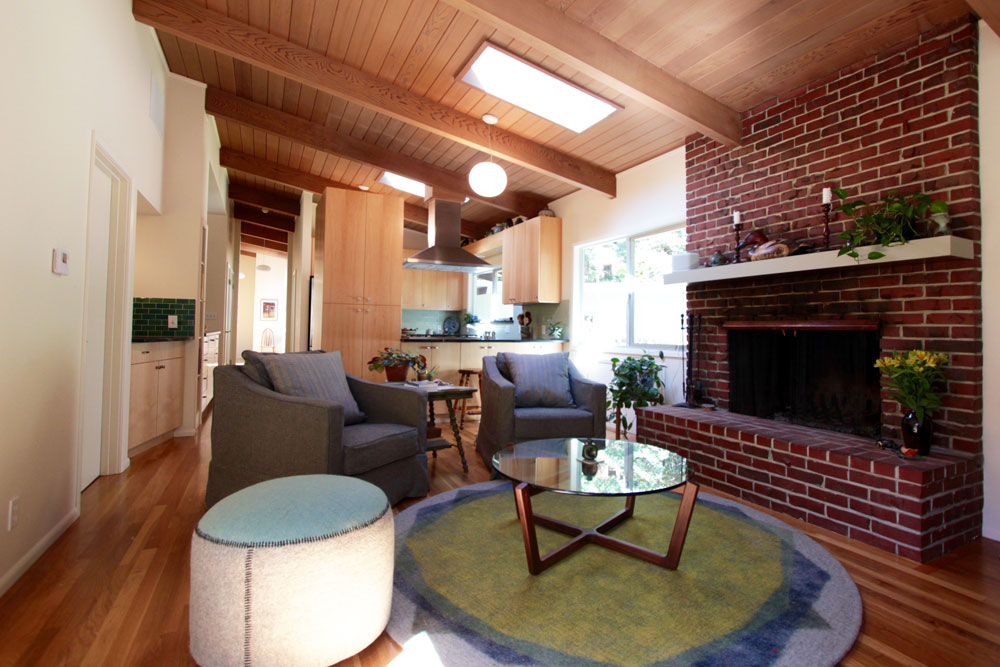 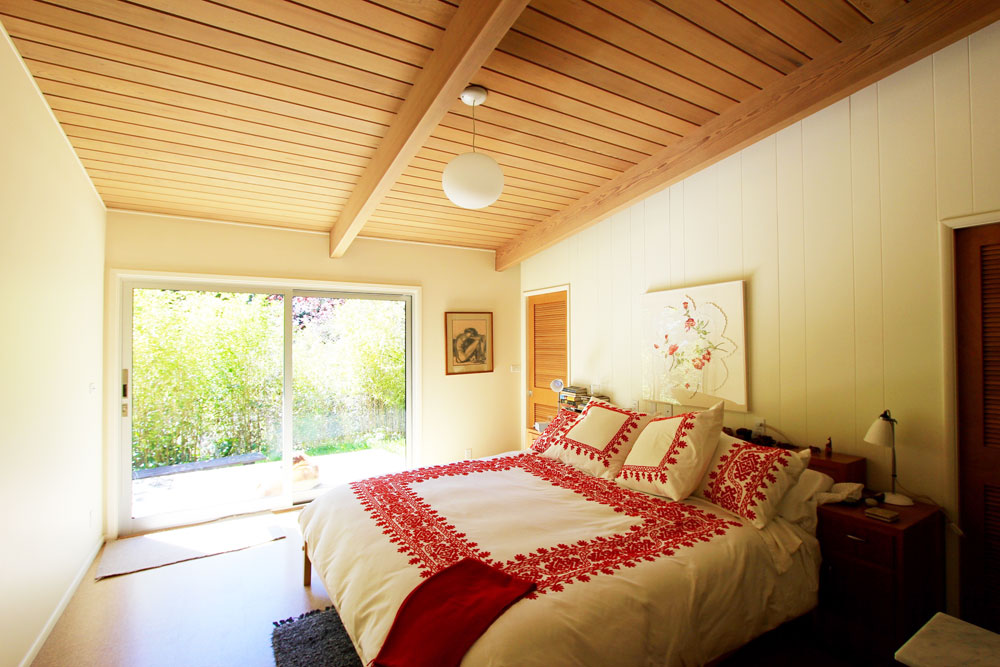 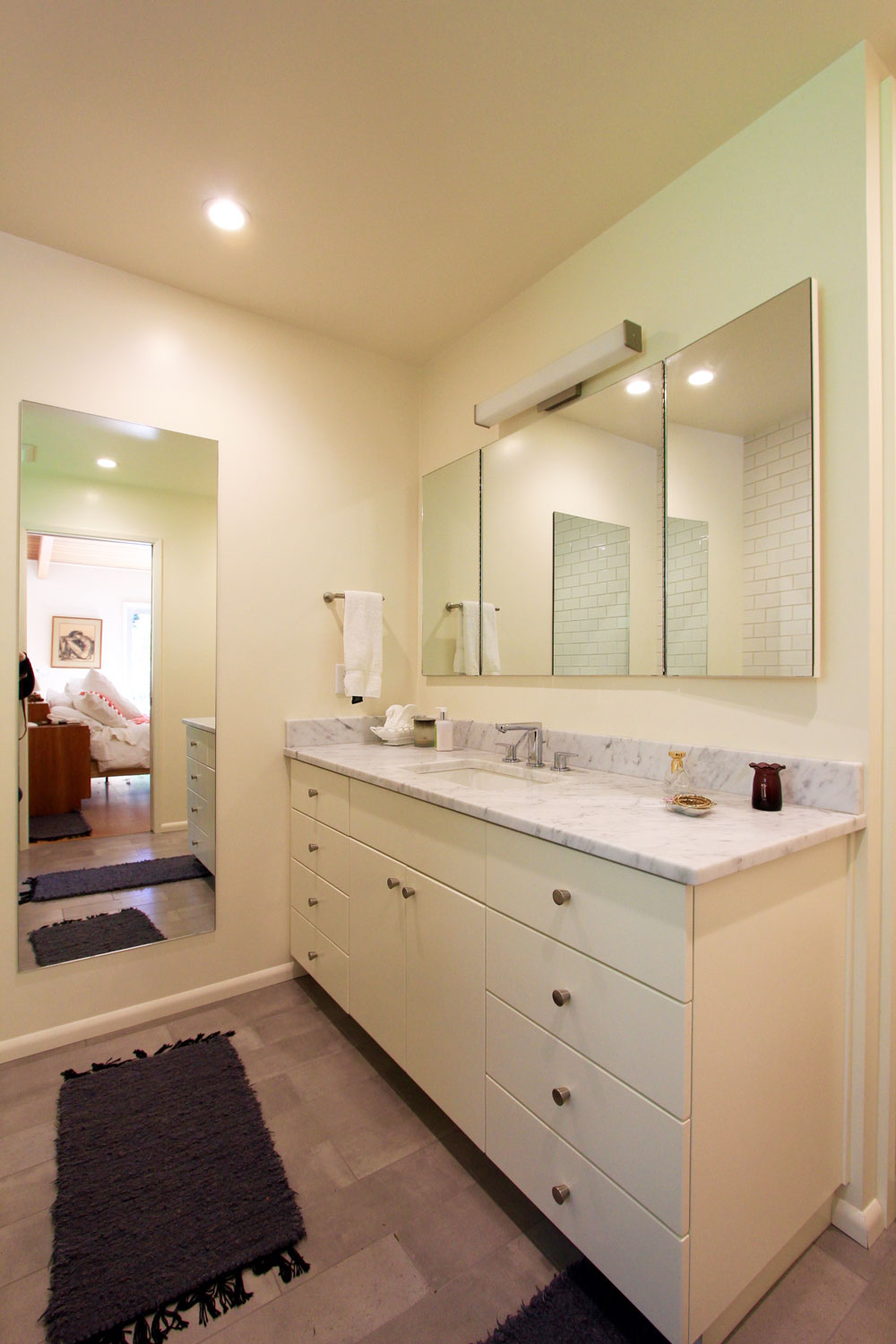 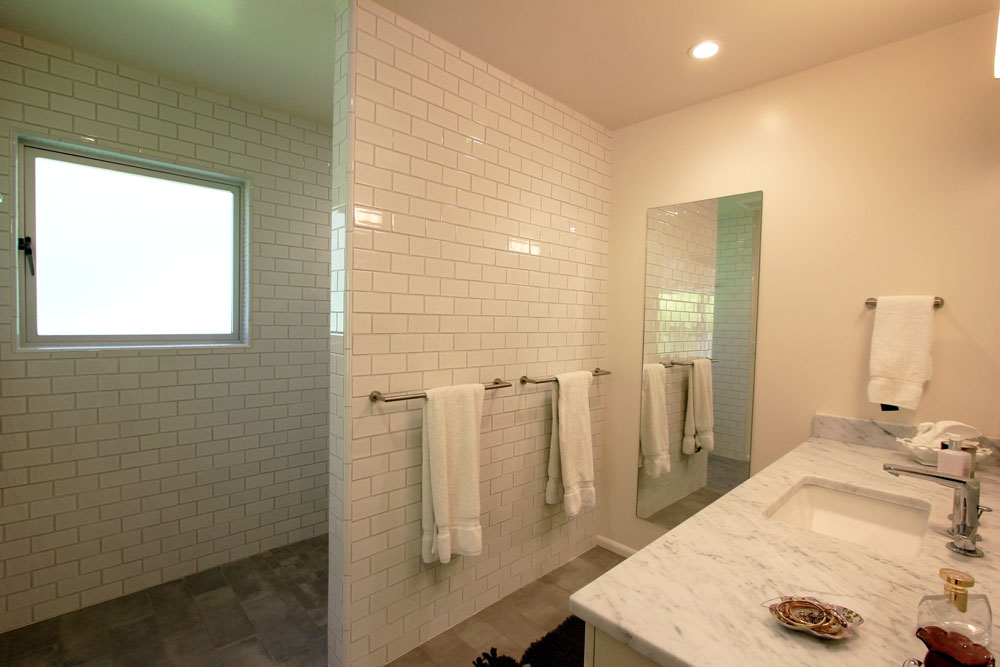 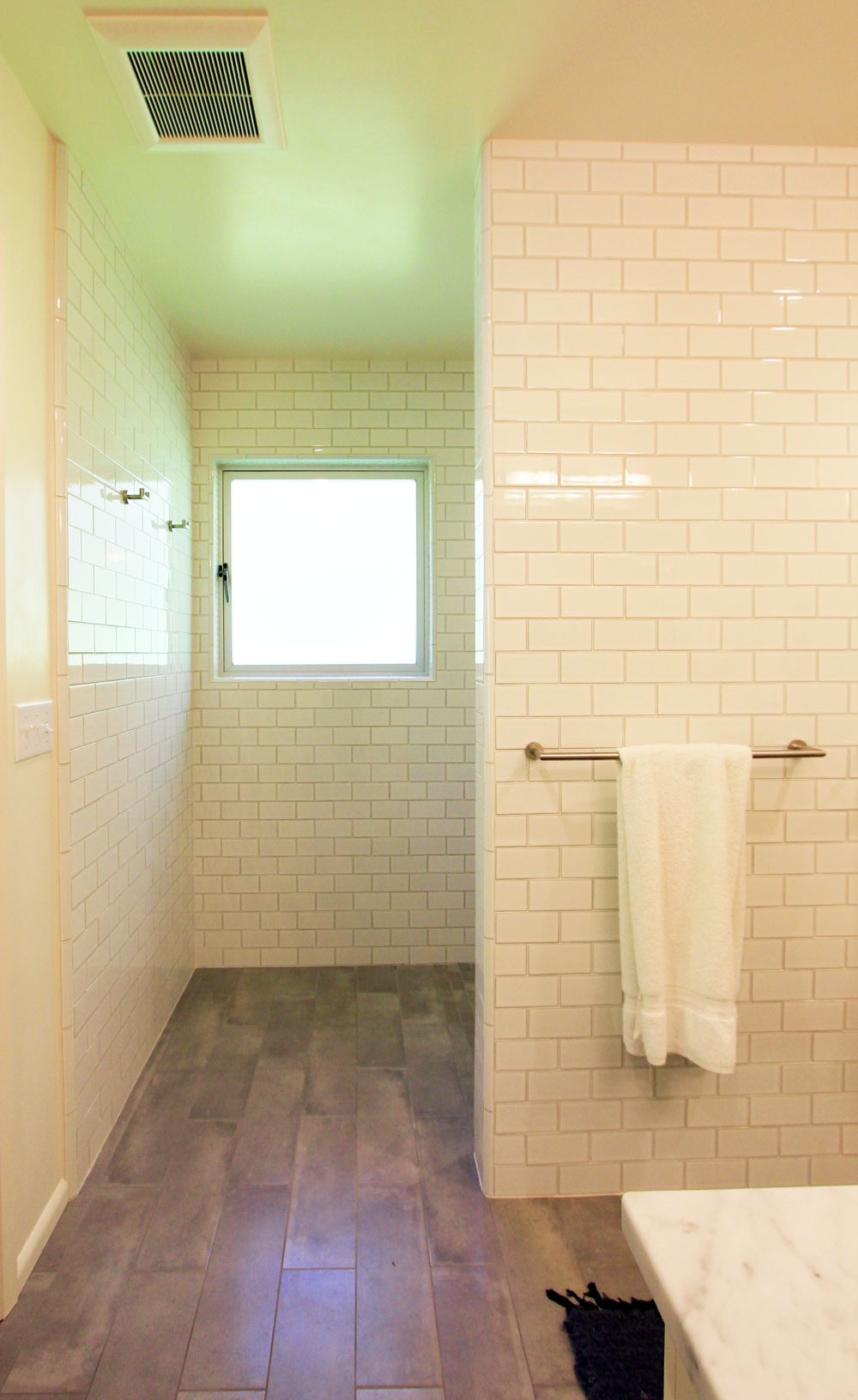 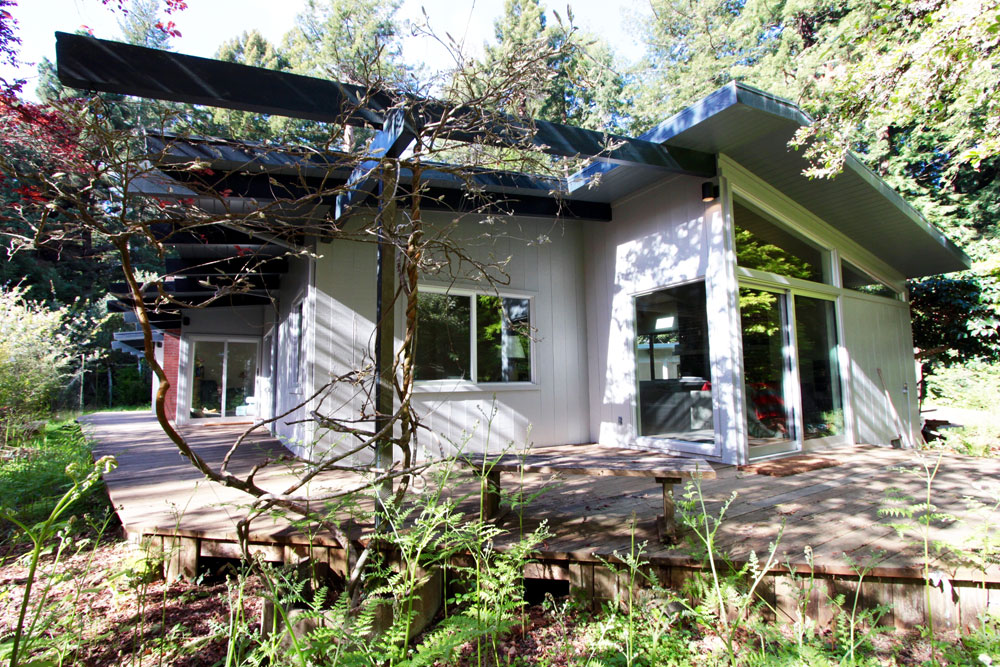 This is a family house.  Originally designed by Matt’s uncle for his grandparents in 1963, his cousin Cathy acquired the house in 1991 and raised her family here.  Nestled among redwoods on a hill overlooking Humboldt Bay and just a short trail walk from Humboldt State University, the house has hosted countless family gatherings and launched a thousand adventures into the enchanted forest that surrounds the property.  Over the years, the redwoods filled in and views gave way to an inward oriented house with a central storage spine that restricted daylight and isolated rooms.  With careful consideration to keep the original old-growth ceiling decking and beams intact, the remodel selectively removed the storage spine to strengthen adjacencies between living areas and establish view axes through new energy efficient windows and doors to a refurbished exterior deck.  The Kitchen and Bathrooms were updated with new finishes and a new era has been ushered in for generations to come.